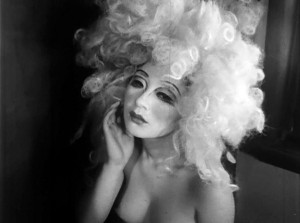 I was awarded my PhD in Media Arts from Royal Holloway, University of London on the critical roots of magic realism in the modernist avant-garde. I am fascinated by Surrealist practice, drawn in by contingency and the radical sparks created by unlikely juxtapositions. My research engages with the oft-conflated cinematic modes of magic realism and Surrealism through the works of artists such as Max Ernst, Luis Buñuel, and Alexander Sokurov.  I am currently teaching film studies at Exeter University.

After a pouty undergraduate spell of hating critic Fredric Jameson, he surprisingly became the focus of my final thesis chapter, and I respect his work immensely, particularly his extensive knowledge of non-mainstream art, literature and film. Signalling for me a a return to modernism with a twist, Jameson’s Marxist theories of cultural production offer a structural framework for considering the role of the object within a geo-political context.

I am currently working on a theory of the irrational – how irrationality functions in representations of the real; how that which escapes rational or categorical boundaries can be visualised through artistic practice, in particular in film. The key figures in my research are Canadian film director Guy Maddin and Surrealist filmmaker Luis Buñuel,with recourse to Japanese avant-gardists Teshigahara Hiroshi and Terayama Shuji. I draw upon the aesthetic theories put forward by Jameson and Theodor Adorno, as well as critical writing from the Surrealist avant-garde.

I spent several years teaching in Osaka, Japan, and close at hand was Surrealist Okamoto Taro’s sculpture 太陽の塔, Taiyō no Tō (Tower of the Sun), a reminder of the fabulous Osaka Expo that was held in 1970. Little did I know that this Surrealist heritage was to feature so heavily in my life upon return to England.I will probably post quite a few images of the Expo, and ramble on about Japan too.

I’ve started this blog to collate both the ephemeral and the long-lasting objects and texts that catch my interest; to share ideas and (hopefully) invite conversation, linking to other meta-worlds.